Mueller Sports Medicine announces the addition of Rafael Nadal to the Mueller Pro Team.  Sure to be one of the biggest breaking news stories at this year’s ISPO International Sport Business Trade Show, the Prairie du Sac Wisconsin-based company made the announcement that they signed a three-year-agreement with the tennis star to endorse Mueller’s Pro Strips™ abrasion control products.

Nadal, one of the greatest tennis players of all time, is almost always seen wearing Mueller Pro Strips™ around each of his fingers on his left hand.  He says that he must wear them to protect his skin from blistering and tearing during a match.  Nadal also has been quoted as saying that applying the strips is part of his crucial pre-match ritual.

"We are thrilled to have Rafael Nadal join our Pro Team,” Brett Mueller, President of Mueller Sports Medicine, said.  “To have one of the greatest players of all time use our product without an endorsement is the real story here.  Rafa has been wearing Mueller Pro Strips™ for years before we reached out to him.  We welcome him whole heartedly to the Mueller Sports Medicine team.”

Nadal joins a growing stable of athletes who endorse Mueller products including Alex Morgan, a Forward for the US Women’s National Soccer team and a finalist for FIFA’s world player of the year and Shiv Chanderpaul, former captain of the West Indies Cricket Team, and recently ranked as the number one test batsman in the world.

Mueller Sports Medicine, Inc. was founded in 1959 by Curt Mueller.  The company is a family-owned and operated international sports medicine company offering a complete line of patented braces, supports, tapes and taping supplies, as well as Quench® Gum. Mueller Sports Medicine continues to introduce new and innovative products around the world.

Rafael “Rafa” Nadal, 27, is considered one of the greatest tennis players of all time.

He is from Spain and lives in Mallorca. He turned pro in 2001 and plays left handed. He is currently ranked No. 1 in the World.

Rafael Nadal also received the prestigious Arthur Ashe Humanitarian Award in 2011 for his efforts and charitable works. Currently, the Rafael Nadal Foundation has been working with three projects: the Vicente Ferrer Foundation Antapur, India, the Special Olympics and the Aldeas Infantiles SOS with a private international aid association in San Adrian del Besos near Barcelona, who care for kids in vulnerable situations. 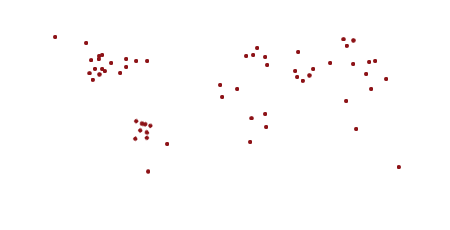